Working out has come to this: twice a week for 20 minutes, lift weights as slowly as humanly possible, then sit back and revel in newfound muscles and weight loss. That is the idea behind SuperSlow exercise, a weight-machine routine for legs, arms and chest. The participant lifts at a creepingly slow rate for 10 seconds, then lowers for 10 seconds, repeating four to six times. Without the boost from momentum, muscles experience prolonged, concentrated contractions. Such intensity can thoroughly exhaust muscles; SuperSlow enthusiasts require three days rest in between sessions.

In June, the Journal of Sports Medicine and Physical Fitness published a study that found the method resulted in 50 percent greater increase in strength compared with regular, faster and momentum-aided weight training. While this year has brought the technique a rash of media attention and a slew of new devotees, it is actually almost 20 years old. Ken Hutchins developed the system in 1982 at the University of Florida, where he conducted a Nautilus-sponsored weight-training program for osteoporotic women.

Originally too feeble to get the weights in motion the usual way — two seconds lifting, four seconds lowering—the women were instructed to lift as slowly as possible without actually stopping. Hutchins observed startlingly positive results—senior citizens previously confined to walkers were all of a sudden hot-footing it to Europe solo.

Wayne Westcott, co-author of the Journal of Sports Medicine and Physical Fitness study and the fitness research director at the South Shore Y.M.C.A. in Quincy, Mass., hastens to point out that the practice is far more grueling than it seems: of 147 study subjects, only two people chose to continue the method after the 8-to 10-week program. “The product is great,” Westcott says, “but the process is painful.” 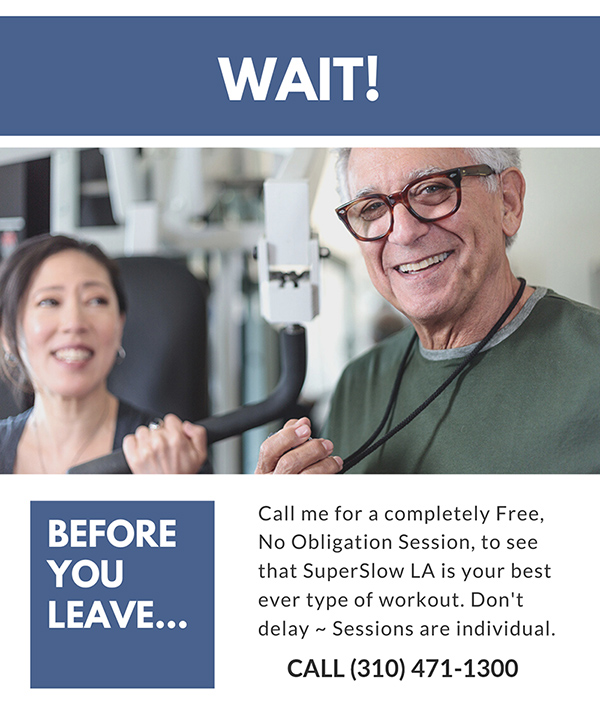